The month of May brought on an exciting adventure for 18 students from SAI International School. The student’s embarked on a two week trek across the east coast of USA. From Orlando to Niagara Falls to Washington D.C. and finally New York City their voyage engulfed all the best the US has to offer.

Highlights of their time in Orlando started with a visit to their link school Dr. Phillips High School. Students represented their school, city, state and country at the Center for International Studies. Dressed in traditional Indian attire they spoke about the different customs, food habits and festivals of India. Shadowing their US hosts to different classrooms was exhilarating as SAI students even had the opportunity to dissect a squid during Marine Biology lesson. A full tour of Dr. Phillips High School gave the student insight on the US education system. The students also visited the University of Central Florida. They participated in a walking tour visiting all the important departments and meeting with the admissions team. 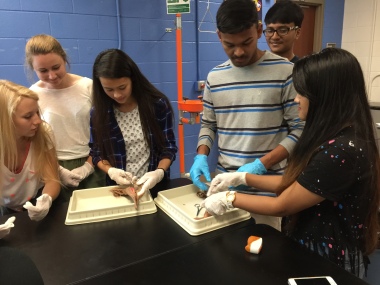 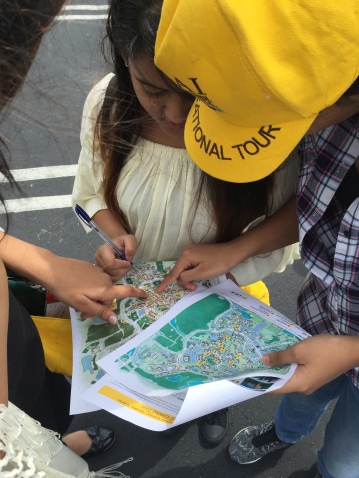 The next few days were jam packed with one day passes to Disney Magic Kingdom and Universal Studios Adventure Island. Rides Rides and More Rides!!! with a Hogwarts Castle – School of Witchcraft and Sorcery as focal point. 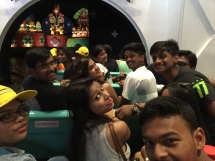 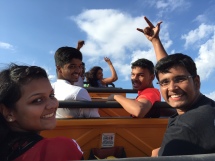 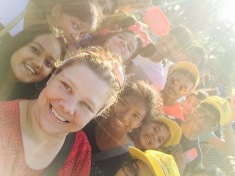 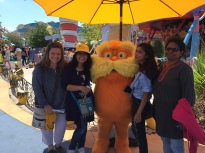 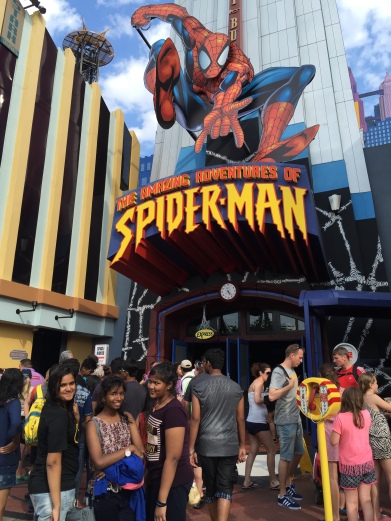 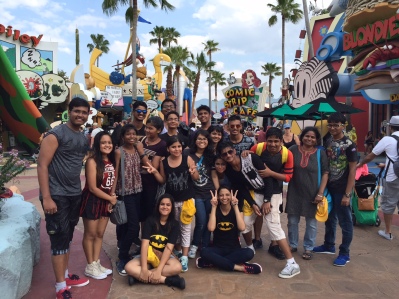 The next two days of the trip were designated to complete the Kennedy Space Centre & Beyond Certification Programme were students participated in the Shuttle Launch Experience, Space Shuttle Atlantis, Apollo / Saturn V Centre, Lunch with and Astronaut and KSC Up- Close Explore Tour. Each element of the programme brought to life the excitement and splendour of deep space travel and exploration. Lunch with Astronaut was a highlight as students conversed one on one with Donald A. Thomas (Ph.D) NASA Astronaut a veteran with four space flights and has logged over 1,040 hour in space. Apollo/ Saturn V Centre were incredible and students had the opportunity to touch a moon rock while hearing about all the interesting Apollo/ Saturn Space Shuttle facts and flight simulations. Our NASA Experience ended with a VIP Bus tour that took to some of KSC most iconic land marks. 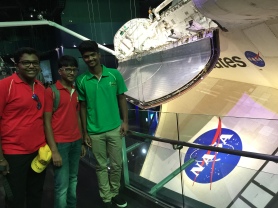 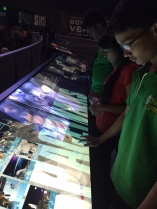 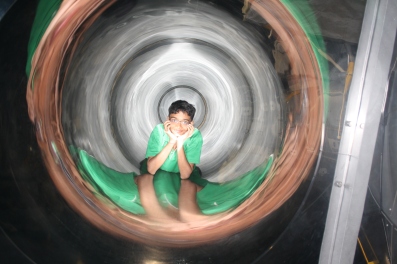 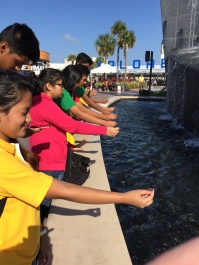 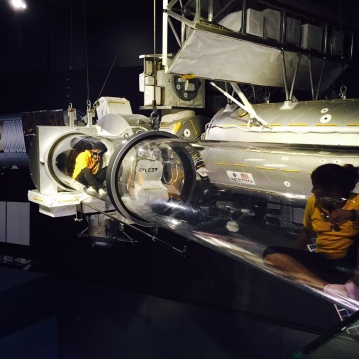 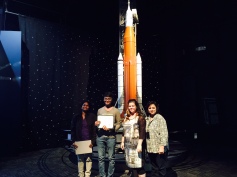 “We felt equally intimidated and awestruck seeing these huge spacecrafts. It was enthralling to bear witness to such an important leap for humankind.” – Meeru & Kashika of Class IX

Up early in the morning the group rushed to the airport and boarded their flight to Buffalo New York. Quickly they checked in to their resort hotel on the river’s edge and headed to Niagara Falls to see it light up at night. What a spectacular sight with the Ontario skyline on one side and the peace full tranquillity of the falls on the other.  The next morning they headed back to the falls and boarded the Maid in the Mist Tour Boast. As the Boat came close to the falls the group became drenched even with their blue plastic ponchos that covered most of their bodies. 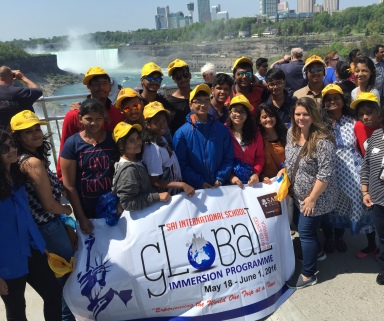 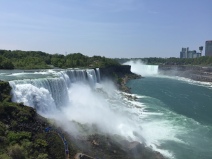 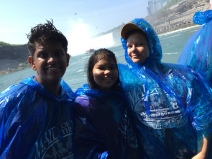 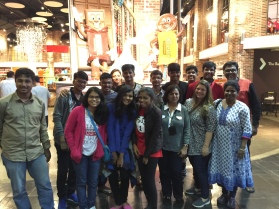 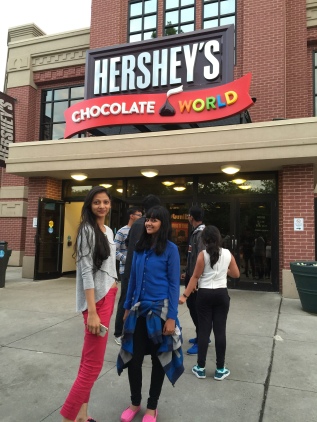 The rest of the Day was spent on the Bus as they drove from Buffalo to Washington D.C. With a good night’s sleep they woke up early and well rested and ready to explore the US Capital City. The Pentagon, The Capital Building, The White House, The Lincoln Memorial, The Vietnam Memorial and The Washington Monument were just some of the places they ventured. The day tour ended with a long bus ride to New York City with a brief stop at Hersey’s Chocolate Factory. With only two hour to spend there the student quickly purchased as much chocolate they could without exceeding their luggage weight limit. They arrived in NYC late in the night checked into their rooms and got some much need rest. The next Day started out with a trip to the Statue of Liberty then a guided city tour telling about the cities unique history and including visits to Ground Zero, the New World Trade Center. After lunch the group headed to the United Nations with VIP band on their wrists they toured the facility finally writing the school’s name in the gust book and a group photograph in front of the UN’s hoisted flag as the background. The final day in USA was a morning trip to the Empire State Building. The view from the 86th floor is astounding with the entire city in view below. Even the Statue of Liberty can be seen as a small speck in the bay. 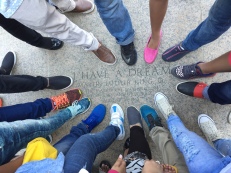 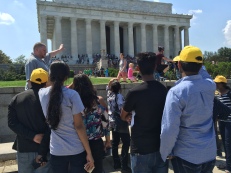 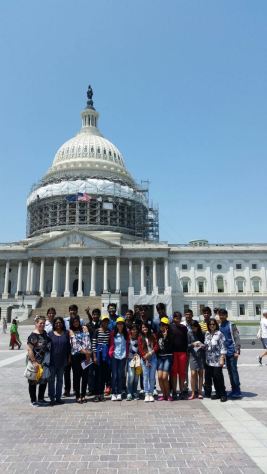 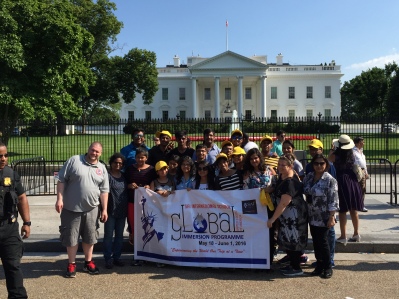 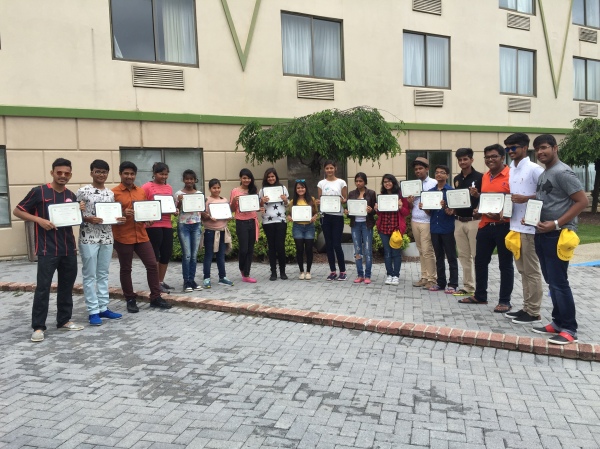 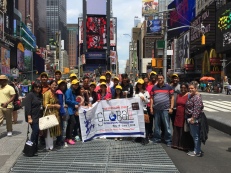 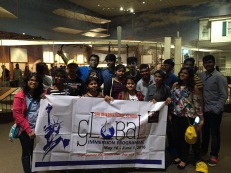 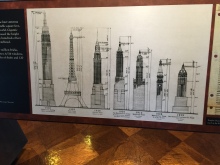 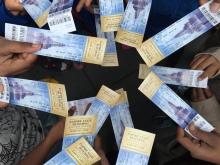 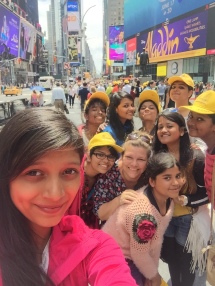 “Travelling to the United States of America is a dream come true. I have always wanted to explore that part of the world. I wish I could have stayed longer. I plan on joining a University in the USA for my undergrad degree and will defiantly look at the US as a destination to complete my higher education. I am grateful to SAI International School for organizing such a life changing experience, one that I will cherish for years to come.” –Duttareya Ratha , Class XII 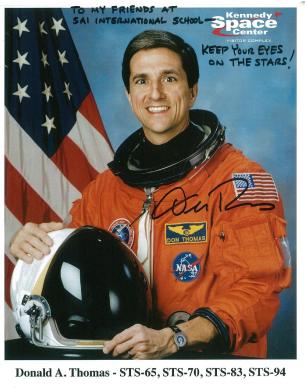 Meeting Don Thomas was a wonderful experience he even wished the school well !!!!